4 reasons to fly to PE this festive season

South Africa has some of the world’s most beautiful and famous cities to explore.

Port Elizabeth, for one, offers a myriad of wonderful experiences. It’s the city where the sun shines 300 days a year and the people are said to be friendlier than the folk in any other South African metropolis.

It is, in fact, a hidden gem which promises endless adventures starting, of course, with vast stretches of pristine beaches.

So, why contend with the winding traffic and endless queues when you can have everything and more in fabulous Nelson Mandela bay? Now is the perfect time of year to take a game drive. Not only do we boast the Big 5, but South Africa is the only country in the world that has the Big 7 as a tourist attraction. And the Eastern Cape is the only province where you’ll find them. Take a trip to the Addo Elephant Park and come face to face with the splendid creatures we’re proud to call our Big 7. Together with the original Big 5 – buffalo, rhino, elephant, lion and leopard – PE welcomed two other species of animals – whales and sharks into the Big family. Take your camera for a few selfies. You’ll definitely want to capture every detail of these magnificent animals. Who knows, they may just be camera-ready! South Africa has a history so rich it would put Richard Branson to shame. PE is no exception boasting sights such as the Sacramento cannon in Schoenmakerskop. Take a short trip down PE’s memory lane to see just what it’s all about. It’s often referred to as the “miracle cannon” because of how brand new it looked when it was recovered from the wreck in 1647. According to its history, a Portuguese warship ran aground on its maiden voyage just outside Port Elizabeth where she still lies. Visit the cannon by taking an educational 8-kilometre coastal walk or just relax and enjoy a quiet sunset drink overlooking the wreck to celebrate the festive season. It’s no secret that PE has some of the best beaches in the world. If you love playing in the water and surfing is in your blood, take a trip to Hobie or King’s Beach where the water is bluer than blue. The Algoa Bay Wild Side Surf Spots are ideal as there are many areas that offer great swells. You could also challenge yourself to learn this exciting new skill this holiday – taking some surfing lessons and you’ll soon show off with the locals. If you are looking for a New Year’s party of note here’s another reason PE should be on your list… PE knows how to throw a party. After your day at the beach, put on your dancing shoes and head on to the beachfront where various clubs light up the night sky. There are plenty of pubs and clubs along the beachfront boardwalk and you’re sure to find one that is perfect for you.

If it’s not already there, Port Elizabeth is one for the bucket list.  So, whether you’re looking for a jol or a summer beach tan head off to catch one of the many flights to Port Elizabeth. 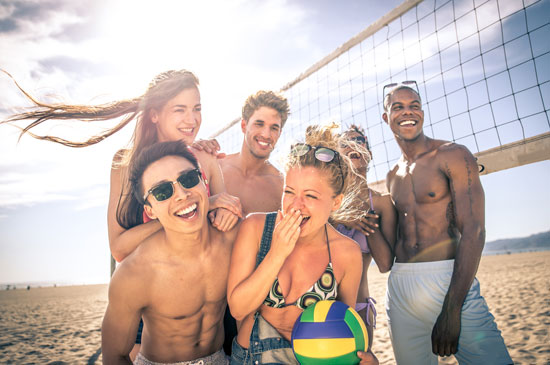